The Virginia Highland Public Safety Team will hold our annual meeting for street captains on Saturday morning September 19th from 10:00 am until 12:00 noon at Church of Our Savior church on N. Highland. Entrance to the hall is from Los Angeles. We will meet and greet from 9:40 and begin the meeting at 10:00.
This is an excellent opportunity for new street captains to learn from those who have been doing the job for many years, or for anyone interested in public safety to learn about our neighborhood watch program. All residents are welcome to attend. This year speakers will include Danielle Simpson to speak about Citizen’s CourtWatch, and Chad Gurley, APD detective to answer questions about his perspective on crime as a resident of the neighborhood.

The Atlanta Police Department has launched an app for iPhone and Android that provides users with customized alerts, access to crime stoppers, crime maps, and more. Download it from the appropriate app store, and find more information here or cut and paste this link http://www.ajc.com/news/news/crime-law/atlanta-police-department-launches-new-smartphone-/nmm7W/.

Every month the Atlanta Police Department publishes a report highlighting success stories and important changes in the department. See the July report here or cut and paste this link http://www.atlantapd.org/files/greatesthits/July_2015_Greatest_Hits.pdf

Be On the Lookout (BOLO) 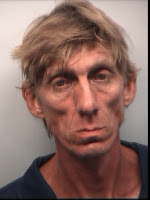 Michael Hawkins (aka Michael Norberg) has once again been seen in the neighborhood and of all people for him to approach, he stopped John Wolfinger asking first to do some yard work and later for a ride. John, of course, remembered this individual who was very aggressive with residents of VaHi and Morningside back in 2012. John indicated that he looks somewhat better today than in this old mugshot from 2013.
Hawkins has a long sheet including charges for theft, weapons, drugs, aggravated assault and criminal trespass. He was arrested at Ansley Mall in September 2012 and upon learning that he had an outstanding warrant in Michigan, he was returned to that jurisdiction. A check through Atlanta Police Department last week indicated that the Michigan Department of Corrections is currently looking for him for a parole violation.
If you encounter this individual in the neighborhood, please call 911 and let the call taker know that there is an outstanding warrant for this individual in Michigan. Under no circumstance should you engage with him, give him work, or allow him into your home or vehicle.
If you are unable to view the photo in this message find it at this link or cut and paste http://www.fbacvahi.com/2015/09/be-on-lookout-bolo.html.

The following information is taken from our APD Zone 6 report (http://atlantapd.org/Zone6.aspx).
It includes information from the Virginia-Highland Beat 601 reported incidents along with relevant reports from other nearby beats. Keep in mind that not all incidents are reported. A map showing the location of beats 601 – 612 within Zone 6 can be found at this link http://boundaries.atlantapd.org/Map-Zone6-Beats.aspx. This information is not shared to scare anyone, but to let you know what happens around us every day so you can be alert and aware.
Homicide None reported in beat 601. One in Zone 6 and two citywide. The Zone 6 shooting was in beat 607 near the Driftwood Bar far south on Moreland. Two additional individuals were shot in this incident and both survived.

Rape None reported in beat 601 or in Zone 6. Three were reported citywide.

Residential Robbery None reported in beat 601, or in Zone 6.

Pedestrian Robbery None reported in beat 601, but eight were reported in the zone and six of these involved the use of a gun. We can’t stress enough the need to secure legal firearms against theft.

Commercial Robbery None reported in beat 601.

Aggravated Assault None reported in beat 601.

Commercial Burglary None reported in beat 601. Five commercial properties were burglarized around the zone including a construction trailer and two instances where food was taken (a casserole and two cupcakes).

Residential Burglary One reported in beat 601. From the arresting officer’s narrative
On August 5, 2015, an officer was dispatched to a burglary call at 933 Ponce De Leon Place NE. The victims said that around 7:45pm they heard a loud noise and their dog began barking loudly. When they came out of the back room to see what was going on, they saw a white male who appeared to be homeless standing in their hallway. They asked him why he was inside their home, and told him to leave. He did as asked, and walked north on Ponce De Leon Pl towards Virginia Cir where they lost sight of him.
Fifteen minutes later the victim said he could not find his white apple iPhone 5s. When he could not locate the iPhone he called for police help. The intruder was described as a white male 5'10 in height with brown shoulder length hair. He was said to be dressed in a grey shirt and khaki shorts. The suspect smelled of alcohol and was possibly intoxicated. There was no damage to any of the doors or windows in the residence.
The officer then made the decision to run a check on the victim. He came back with a warrant out of Fulton County. The victim was detained at 8:40pm and taken to Fulton County Jail. The bench warrant related to charges for DUI, speeding, and driving on a suspended license in early 2013.
Larceny from Vehicle Six were reported in beat 601 and seventy-nine around zone 6
Vehicles were entered on Rosedale Road, Ponce de Leon Ave, Cresthill Ave, and Greenwood.
On Rosedale Road they made off with landscapers tools. In this case tools were inside a locked van, but the lock was broken by the thief. Even if your landscaper has secured their equipment, suggest that they try to park where they can see their vehicle while working.
Vehicles entered on Cresthill and Greenwood were unlocked. All around Zone 6 three more handguns were taken from vehicles. Please, if you must leave a legal handgun in your vehicle make sure that it is secured in a gun safe where it can not be stolen and used against another citizen. See note under Pedestrian Robbery.

Other Larcenies Two reported in Beat 601 and forty-two reported in Zone 6.
Several unsecured bicycles have been stolen recently. If possible please bring bicycles inside your residence rather than leaving it on the porch. If you must leave it outside, then buy a good lock that makes it difficult to steal.
Be aware that the manager at Best Buy on Edgewood has reported multiple complaints from people scammed on Craigslist. Apparently the criminal indicates that he is an employee of Best Buy and can purchase iPhones at a discount. Victims meet the individual who is wearing a Best Buy shirt in the parking lot. Once victims hand over the cash so he can go inside and make the purchase, they never see him again. Never give cash to someone you have met through Craigslist.

Auto Theft One reported in beat 601 and thirty-seven reported in Zone 6. Citywide there were 217 vehicles stolen in the two week period. The vehicle stolen here was taken from the parking lot at Amsterdam Walk on a Sunday evening.

As noted in the August 15th issue of VOICE, the e-newsletter of the Virginia Highland Civic Association, Holly Lybeer and Shannon Mehl are now providing a revamped look at monthly crime statistics for the neighborhood. This visual snapshot will be available every month to see how crime is trending. Check out their analysis for the month of July here, or if that link doesn’t work, cut and paste http://vahi.org/wp-content/uploads/43b5df84c99a635144f69bfa42e418f0.pdf. Note that the historical data may be slightly skewed because during 2010 and most of 2011 Virginia Highland was actually in beat 603 rather than 601. Holly and Shannon are working to update the historical data for next month’s report.